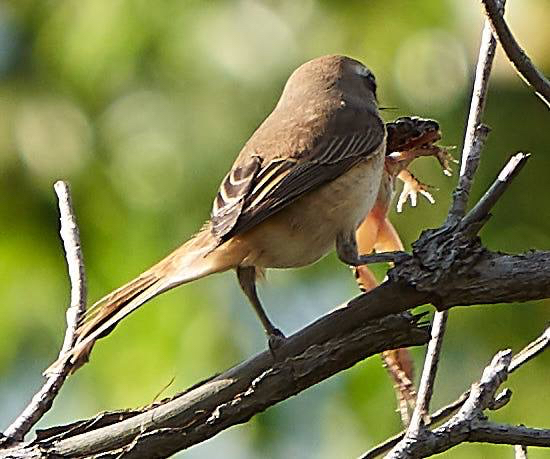 Steven Cheong’s images, documented at Bidadari, shows a Brown Shrike (Lanius cristatus) that caught a frog and proceeded to impale it through a sharp broken branch. What these images show are the different stages of the frog being impaled, ending in the shrike taking pieces from the impaled frog to eat (see last image below). 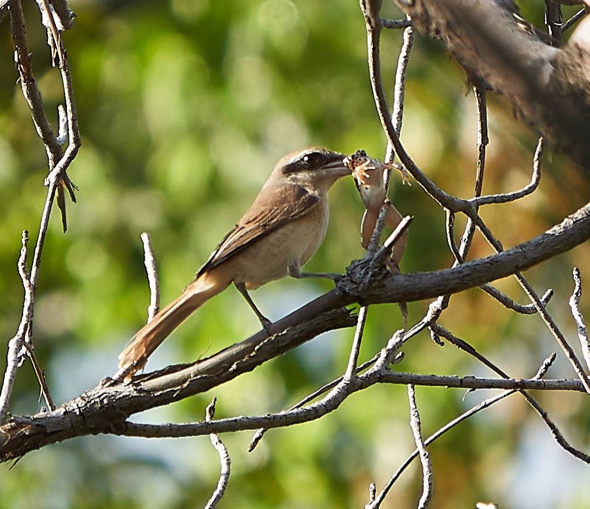 Shrikes are commonly known as butcher birds. Although they appear harmless, they are aggressive and fierce. In fact, they behave like small raptors. 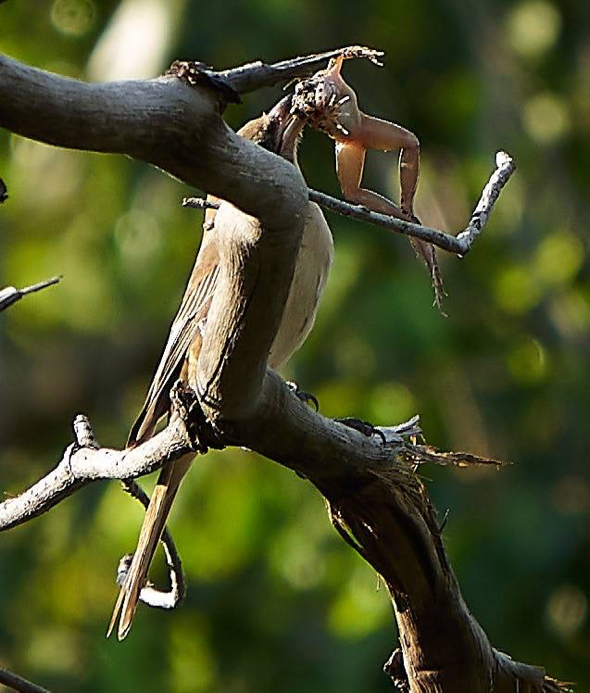 They have the habit of impaling their prey on a sharp thorn or broken branch. This can serve as a cache, to return later to eat it or to fix larger prey for easy picking. 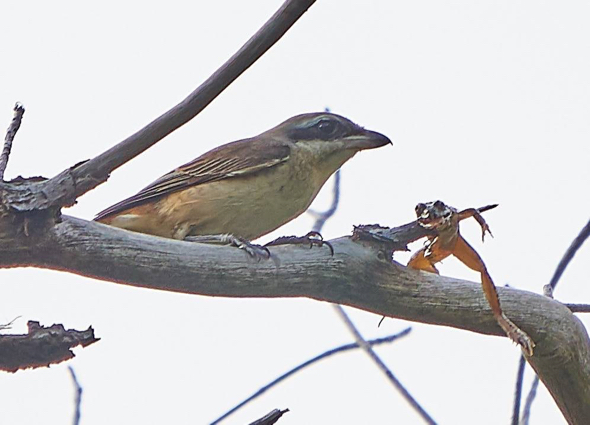 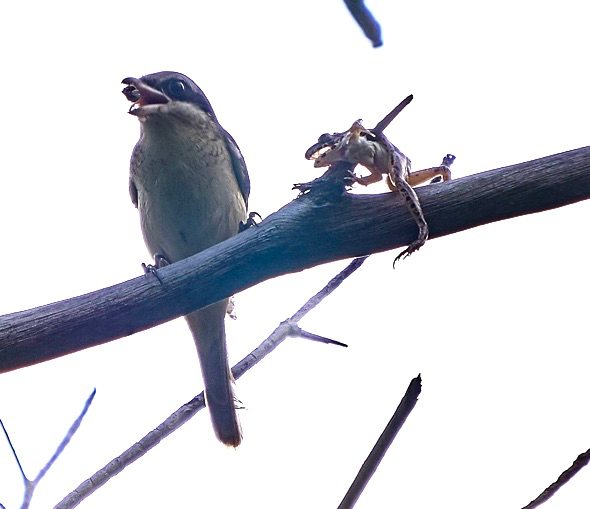 They eat mainly large insects like grasshoppers, as well as reptiles (lizards, skinks) and even mammals.