“The family/social group of Large Woodshrikes (Tephrodornis gularis fretensis) of between 8-11 birds was very vocal as the birds fed. Most of the calls were being made by juveniles demanding feeds, with occasional adult contact calls.

An edited audio recording is given above and waveform-sonogram of a section of calls is provided below. “Occasionally the adult would use the classical pipping ‘pipipi….’ calls. But most times it was a scratchy 1-2 notes described by Madoc (see Wells 2007) as a ‘warning-scolding’ ‘skatch-skatch’. Many of these scratchy notes were made by juveniles.” 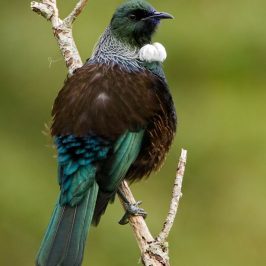