The Bangkok Mass Transit System, commonly known as BTS or Skytrain, is an elevated rapid transit system Link. It was officially opened in December 1999.

There were earlier fears that the noise generated by the train would scare birds away from the area. However, it has been proven to be just the opposite.

A pair of White-vented Mynas (Acridotheres grandis) has been found nesting around the pillars supporting the Skytrain structures (above, arrow). And multiple chicks are possibly in the nest.

This again shows the ability of these birds to adapt to our cities, in this case Bangkok. The rumbling noise, not to mention the vibrations, as the trains pass overhead so many times a day, fail to deter the mynas from rearing their chicks. 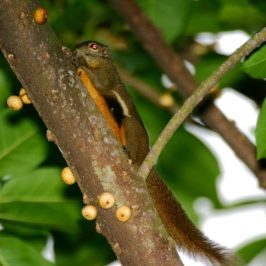 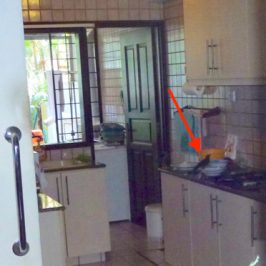 There is a cluster of mature MacArthur Palms (Ptychosperma macarthurii) at the back of my...

After forensic birding was first introduced to local birders in December 2005, a workshop subsequently...