Since the latter part of 2017 a few Scaly-breasted Munias (Lonchura punctulata) regularly visited my garden LINK 1 and LINK 2. They came during the late evenings to feed on the Siglap Grass (Zoysia matrella) seeds.

Their small size and drab brown plumage made them rather inconspicuous during the late evenings. Then on 17th April 2018, the presence of two white heads capping brown bodies caught my attention the minute I walked out of the house. There, foraging on the grassy patch was a pair of White-headed Munias (Lonchura maja).

Munias are rather skittish and I only managed to video-document them for about a minute before they flew off (see video below).

Two days later the pair again visited the garden. This time they were less skittish and I managed a longer video-documentation. When this pair was joined by six Scaly-breasted Munias, they foraged together. The White-headed Munias were not in a hurry to leave as they later flew to a nearby tree to indulge in their comfort behaviour before they fly off elsewhere to roost (see video below).

I consulted my copy of Annotated Checklist of the Birds of Singapore (Wang, L.K. & C. J. Hails, 2007. Raffles Bulletin of Zoology, Supplement 15: 1-179) and was pleasantly surprised to note that White-Headed Munias are considered an uncommon resident species.

Next, I checked my list of birds that visited my garden. I have been maintaining this list since 2013 LINK. The addition of this White-headed Munia brings the total of species that visited my garden to 41. An impressive number indeed for a garden of not more than 100 sq. m. I was wondering whether there was a case to declare my garden a bird conservation patch.

After all, the Albizia forest in Pasir Ris that the Nature Society (Singapore)’s Conservation Committee gave support had only 40 species LINK. And my list includes three nationally endangered species!

However, it dawned on me that a list of birds that visited my garden, however long it is, does not mean that it is rich in bird life. The list is just a list, period! LINK. And this applies to any area however large it is. Lists used to impress me before, when I was studying plants. And they definitely impress the public, birdwatchers and wannabe conservationists. They don’t impress me anymore, now that I have been listing birds visiting my garden for the last so many years.

If you want to establish the avian biodiversity of an area, you need do regular counts, like once every few months. This is more accurate than producing just a list, where many of the species that came before never returned. I was conned once but not anymore! 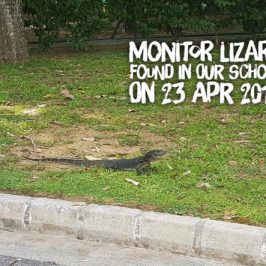 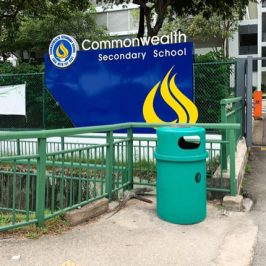 “A Malayan Monitor Lizard (Varanus salvator) was late for school on 30th April. It was... 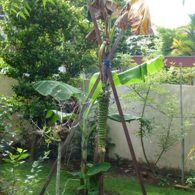 In October 2017, nature consultant Subaraj Rajathurai visited me and seeing my garden, commented that...