On the morning of 15th October, I came across a dead Red-whiskered Bulbul (Pycnonotus jocosus) lying on the concrete walkway near its roosting trees. Not sure what caused its death. There were already a few ants on the body (above).

That evening I removed the dead bird to my garden and left it on the grass to document the stages of decomposition. During the day, I left the dead bird exposed to the sun and rain. At night I covered it with a pot so that stray cats or even Common Palm Civets (Paradoxurus hermaphroditus) do not remove the dead bulbul.

The next day there were ants crawling over the body, especially around the eyes (video below). A number of Flesh Flies (Family: Sarcophagidae) appeared, no doubt attracted by the smell of rotting flesh. According to Wikipedia, Flesh Flies are “ovoviviparous, opportunistically depositing hatched or hatching maggots instead of eggs on carrion, dung, decaying material, or open wounds of mammals, hence their common name. …The adults mostly feed on fluids from animal bodies…”

On the third day, the eyes had totally disappeared, leaving only the sockets (video below). The ants did a good job removing all the tissues. These are the most vulnerable parts of the body, being not covered with feathers or scales. The smell of rotting flesh was strong, attracting more flies. Some of the flies were moving around the eyes as the ants had made an opening into the rotting body. A fly was seen probing among the loosened neck feathers.

By the fourth day the feathers became loosened from the body as the tissues had by now somewhat decomposed. Any slight movements caused the feathers to detach from the dead body. A number of white larvae were seen moving away from different parts of the dead body into the ground below, most likely to pupate (below).

On the afternoon of the seventh day the head disappeared, most likely taken by a myna (below). Most of the body disappeared on the eighth night after I forgot to cover the dead bird that night (below). There were some rib bones left among the feathers the next morning but these too soon disappeared, leaving just a mess of feathers (below). And finally… see below. An earlier posts on the Yellow-vented Bulbul (Pycnonotus goiavier) and another that you may be interested in. 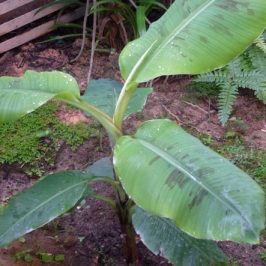