“As we bid farewell to the Year of the Rooster, let us take a look at a rarely observed antic of the Red Junglefowl (Gallus gallus). In December 2017, a sighting of a mature male was not anticipated, but I did observe one approach a mound of mulch and settle himself comfortably in the middle (above, below).

“Soon, he lay stretched out on his side and started to rub his wings against the substrate (below). Occasionally, he would also roll about (image 4).

“Video clips of the wild rooster on the mound may be previewed here:

“Towards the end of this session, he stood up briefly, then laid back down on his side again, stretching his legs, with a look of content on his face (below).

“In total, this rubbing and rolling session lasted more than ten minutes. When I looked at the videos carefully on a big screen, I could detect some ants scurrying around the mulch. However, when I inspected the mound shortly after the rooster had departed, there was no ant in sight. I believe they must have all retreated deep into the mound and would only surface when disturbed (by the rooster, in this case). Hence, the rooster was most likely to have been engaging in what is often known as anting behaviour.” 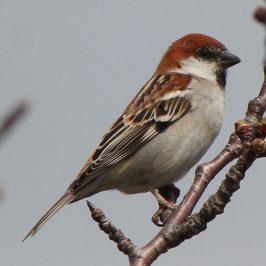