“The common House Crow (Corvus splendens protegatus) was brought over in the early 1900s to Peninsular Malaysia to deal with caterpillar pests of the coffee plantations in the region of Selangor. From there they spread to the Klang town, Klang valley and progressively along the west coast of the peninsular. The bad habits of some Malaysians (throwing rubbish indiscriminately) helped it to proliferate.

“For some reason my city is still spared (recently considered the cleanest city). But the coastal city of Manjung that I visited has now been inundated by hundreds, if not thousands of crows. It is a rapidly growing region, fueled by tourism. “This morning I saw a flock of 50-60 birds feeding on alate termites. Unlike many previous observations of these feeding frenzies which are always mixed species, there were only crows present (above, below). I suspect the crows intimidated the other birds, one lone Starling did attempt to snatch a bite. This behaviour has been documented before. 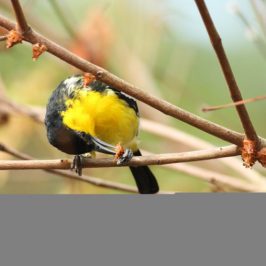 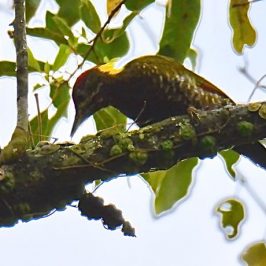