“Our ‘resident’ male Large-tailed Nightjar (Caprimulgus macrurus bimaculatus) has been with us for 3 months (‘Clockwork’). I have posted a very small number of the images and videos we have taken, although we largely leave the bird alone apart from an intermittent ‘hello’. “Nightjars have an unusual serrated middle claw which they use to preen their feathers. Frank B. Gill. Ornithology. 3rd Edition 2007 states: ‘Herons, nightjars, and barn owls have miniature combs on their middle toe claws that are used in grooming‘. Good images can be found in an article entitled ‘Looking Good, Part I — Pectinate Claws (Avian Edition) by Curious Sengi, 2016’ LINK. The author states ‘the pectinate claw combs out all those nasty ectoparasites (i.e. external parasites), especially the feather lice that eat precious down feathers’. The article also states ‘the appearance of the pectinate claw was variable among individuals’. Clayton 2010 (Clayton, et al. ‘How Birds Combat Ectoparasites.’  The Open Ornithology Journal 3: 41–71) states: ‘The efficiency of scratching for ectoparasite control may be enhanced by the presence of a comb-like pectinate claw on the middle toes of some birds’. ‘The removal of ectoparasites is most widely believed to be the function of pectinate claws, but alternative hypotheses include roles in feeding, removing powder down, or straightening rictal bristles of the face’. The article describes that a review of 118 bird families found that only 17 possessed pectinate claws; these included herons, nightjars, owls, frigatebirds, terns, grebes, and cormorants. “The function of pectinate claws is as yet uncertain and may have little to do with ectoparasite control. The Large-tailed Nightjar has a pectinate claw on the middle digit. It is generally not easy to see when resting on the ground or a low perch. We have seen it a number of times, especially when there is rain and the bird in our garden perches on a higher vantage point. Even then views are limited as the feet may be hidden in the plumage and light is usually low. The pectinate claws are longer than the others and tend to ‘stick out’ occasionally. “I have attempted numerous videos to try and ‘catch’ the bird preening to determine if the pectinate claw is used. But it is very shy of cameras/tripods and often remains immobile if any are set up. A number of preening events observed covertly have yet to reveal any use of this specialised claw. The claw is used to scratch the face, but I find nothing unusual about that, having seen similar activity in birds without a pectinate claw.

“The 4 images attempt to show this unique claw.” 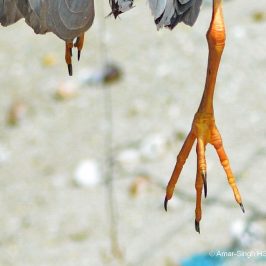 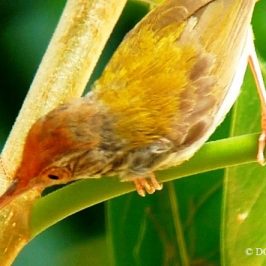 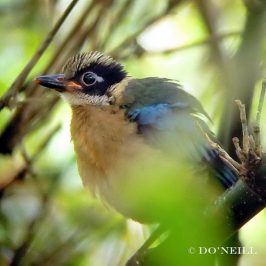 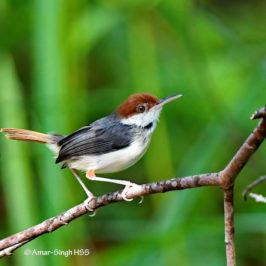