“I find that this malkoha is more common on the foothills, rather than the valleys of primary jungle. Often seen at ~ 400-500 m ASL as it was today.”

“While giving the single calls the adult often jerks up the entire tail. Occasionally there is a soft response from the partner. These could be contact calls given while foraging separately.

“Calls are usually a single note, rendered as ‘kuk’, given at 1.5 to 2 second intervals and occasionally ending in a rattle of 3 rough ‘turk-turk-turk’ calls (above). The sonogram-waveform is given below. “Calls are hard to document in the primary forest as the bird is high in the canopy and ambient surrounding noise is high (especially insects and many other birds). I have attempted to clean up (remove background sounds) and amplify.

“Another call (above) and sonogram-waveform below.” 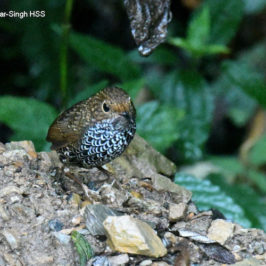 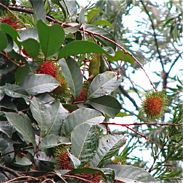 “In December 2009 I posted three sound recordings of calls made by, I believe, the...