The Senoko conservation proposal was published in 1990 and sent to the Ministry of National Development and the Urban Redevelopment Authority. The 168 hectares area was made up of degraded mangroves on the western side of Sungei Sembawang and prawn/fish ponds on the eastern side.

The Conservation Committee of the Nature Society (Singapore) claimed that this area was rich in birdlife – 189 species or 57% of the total number recorded for Singapore. Many of these were endangered species. Besides, it was one of the top three sites for waders, experiencing up to 1,500 birds during high migratory months.

Again there were heated media debate. In the 1994 Budget speech, Mr Lim Hng Kian, the then Acting Minister for National Development, had this to say:

“The Nature Society of Singapore wanted the Ministry of National Development to conserve 168 hectares of land in Senoko because they argue that it is a very good habitat for birds and other species… In the 1980s, the plan was to develop this area into an industrial estate and public housing and, therefore, the land was acquired… Unfortunately, there was a recession and, therefore, the plan was put on hold. So while the plan was put on hold, the birds came, other species came and have squatted and claimed ownership of the land.

“Meanwhile, we are building a MRT line with a MRT station very close to this area. If we were to keep 168 hectares of land for a bird habitat, it would mean taking away housing for 17,000 units. So if the Nature Society of Singapore can give me a petition to take out 17,000 applications of upgraders from my waiting list, then we will keep the Senoko land and keep it for the birds. But with the pressing needs of Singaporeans, I think Singaporeans’ needs come before birds… So although the Nature Society of Singapore has put up a very passionate case for Senoko, I am afraid it is not possible for us to preserve the area.”

The government was eventually willing to set aside a major pond as the centre piece of a town park but the Nature Sciety was adamant in wanting the entire area. In the end “nature lost and Sembawang New Town now stands where nature once thrived.” 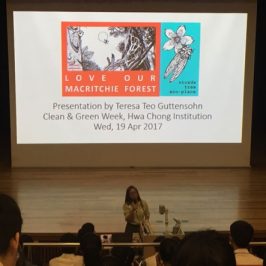 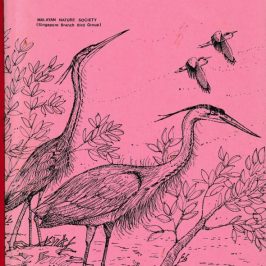 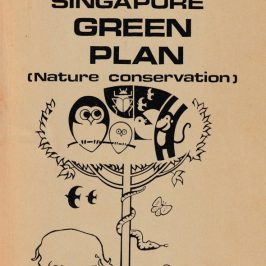