The area was made up of degraded mangroves growing around the Kranji Reservoir. The main attraction was the 25 or so Grey Heron (Ardea cinerea) nests found in the trees near a farmhouse (below). In addition there were a few nests of the Purple Herons (Ardea purpurea).

The core heronry together with the buffer zone consisting of ponds and the marshy areas made up a total of 215 hectares. Together with the herons, the total number of bird species in the list of birds included in the report was 118.

By October 1990 the trees where the herons nested were felled followed by the clearing of the area (below). A Singapore Broadcasting Corporation station was eventually built on the site, claimed to be the most suitable for quality radio transmission. The Jurong West site where the station was located was scheduled for public housing and industrial use.

In hindsight, we were a naïve lot of amateur conservationists. For one, the habitat was made up of degraded vegetation – mangroves and freshwater marshes. The only value of the area was the so-called heronry. It developed because the area was isolated and seldom visited by people. Furthermore the few farmers there left the herons unmolested. Thus the vegetation was left to regenerate naturally and birds (including herons) proliferated.

In the report it was stated “the destruction of the area may mean a drastic decline of the Grey Heron population, not only the Kranji area but the whole of Singapore as well.”

Well, 13 years on, National Parks Board did a bird count where field ornithologist Wan Luan Keng was the coordinator (above). The four common heron species did decrease by as much as three-quarters, but according to Luan Keng, “not as bad as they look.” Obviously loss of nesting sites contributed to the decrease but definitely not as bad as predicted by the Nature Society in its 1990 proposal. 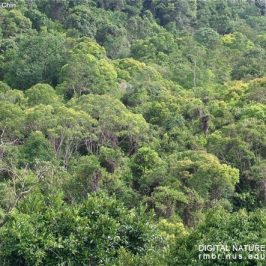 The completed research by Prof. Hugh Tan’s doctoral student at the Department of Biological Sciences,... 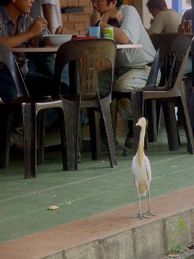 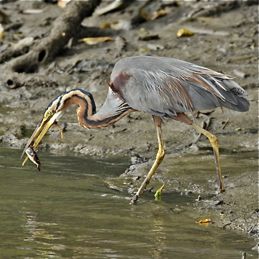