This morning Steven Struyck noticed an adult Dusky Leaf Monkey (Trachypithecus obscurus) carrying her orange-coloured baby in their “front yard” from the balcony of his Penang home (below). The mother apparently noticed Steven’s presence and instinctively shielded her baby (below). Obviously she was trying to hide the little fellow … and disappeared into the trees a bit later. A mother’s protective instinct! This was the second time Steven reported his encounter with this interesting primate and her orange-coloured infant. His first encounter was a week earlier HERE. 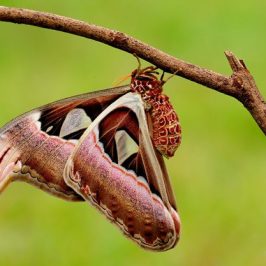 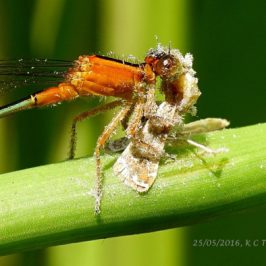 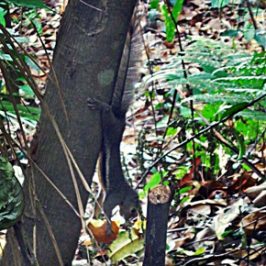 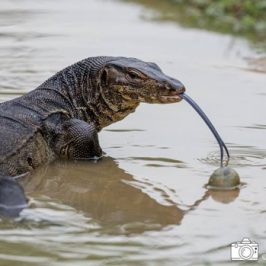