“A few hours after the mass email was sent to around 1600 recipients in my mailing list on Monday evening LINK, one of our students, Basriyah, our Senior Teacher (Physics) Mr Koh Tat Siang and MOE CPDD Senior Curriculum Specialist (Biology) Ms Tay Wee Beng, responded to the email and forwarded their search results to me and looks like we are narrowing down to the fact that the Racing Homer Pigeon is a race pigeon that belongs to someone in Taiwan. “People for the Ethical Treatment of Animals (PETA) is the largest animal rights organisation in the world, with more than 5 million members and supporters (above) LINK. “Each time, the organisation will register the pigeon for the race, taking photo of the entire wingspan to record the feather patterns, and put an ink stamp partially on the registration slip and the other half of the stamp on the feathers of the underside of the wings (above, below). “…and loaded up onto a truck and onto a ship that sails to the middle of the sea (without any land in sight), and be released to find their way back to the owner (below). “Most of the race pigeons would end up feeling exhausted and had to land on water, get drowned and die, while only a few would be able to find their way back to the owner. Those that are too slow would be killed (below). “With all these evidences, I would like to infer that this Racing Homer Pigeon is from Taiwan (Kaohsiung), and was most likely disorientated by harsh weather in the last race. Perhaps along the way it managed to land on a ship that was heading towards Singapore. Based on the number of stamps on the wings of this race pigeon… “…it has competed in at least 15 races before ending up in our school last Friday. I would like to name this Racing Homer Pigeon as “Rock”, as it is a Rock Pigeon and because of the hardships that it went through. Rest In Peace, Rock 🙁

“Yesterday, I have written to PETA to see if I could learn more about pigeon race and the investigation they did. I have also written to an association for various pigeon racing clubs in Taiwan to see if they could notify the owner of this pigeon through the stamped patterns and the 5-digit number tag. Whether this investigation will go further would be determined if anyone would bother to reply to my query from now on.” 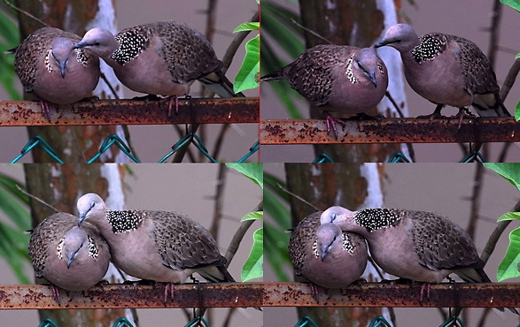