“I noticed that the chicks did not always evacuate the faecal sac for the female to immediately collect. At times the female had to remove them from the nest. I guess if it was urgent the chick could not wait for the mother to come round. I also noticed that the male did not do all this household chore, except just feeding the chicks.

“In the first half of the video clip, the female is seen stuffing a fat spider into the chick’s gullet. In the second half the chick is seen turning around so that the cloaca (vent or anus) faces the nest opening with the female getting ready to receive the faecal sac.

“Faecal sacs are disposed some distance away from the nest to avoid giving away the location of the nest to predators.

“After evacuating the faecal sac, you can notice the expression of great relief by the chick, from it’s cloaca end.

“Note that the vent, evenly lined with yellow feathers, expand to allow for the passage of the white faecal sac that is immediately collected by the waiting female at the nest entrance.

“The clip (below) has been slowed down to half its normal speed so as to better show in greater detail the recordings.”

Field ornithologist Wang Luan Keng has this to add: “Those are feathers that surround the cloaca. All birds have such a ring of feathers surrounding the cloaca. I am not aware of these feathers having a specific name or know of any specific function of these feathers; they probably serve a protective function. The colour of the feathers would probably correspond to the colour of the vent, and may not necessary have a specific purpose. There is no reason to highlight the cloaca with a different colour.” 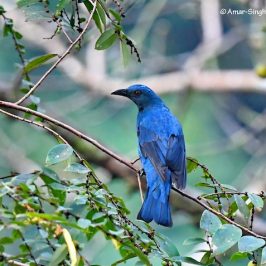