“I am in Johor Bahru, Malaysia. A couple of sunbirds built a nest on my hanging artificial orchid. That was about mid-December 2016 (above). “I only saw one egg (above) and eventually one chick a week ago. Wife said there were two chicks. “This morning at 6am, the mother still flew in and out of the nest (above). At about 11am, wife said the chicks were missing (below). I confirmed it at 5pm. “Very surprised. The chicks definitely weren’t ready to fly. Last week their eyes weren’t even open. No other animal threat was evident. Very surprised and sad. Really not sure what has happened.

“Most likely chick taken by a predator… see HERE.

“I believe that must be the most probable reason. I can’t imagine the adult birds carrying the chicks. However I am not sure which predator to put my finger on. The Yellow-naped Orioles (Oriolus chinensis) are nearby on a large tree. But they never come to my house. No cats either. Crows may be another culprit.” 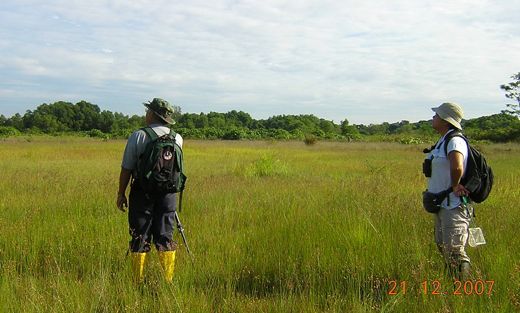