Santi Xayyasith’s images show the Purple Sunbird (Cinnyris asiaticus) takes nectar from flowers of Butea monosperma, commonly known as Flame of the Forest and Bastard Teak. The tree is a member of the legume family and has bright orange-red flowers. 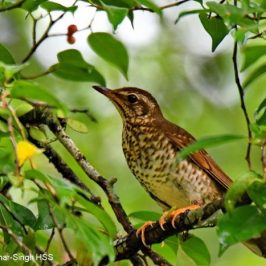 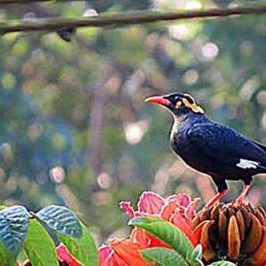 BA Paneendra photographed a Southern Hill-myna (Gracula indica) atop the inflorescence of the African Tulip...