David Fur’s image shows a Lesser Adjutant (Leptoptilos javanicus) being attacked by juvenile Brahminy Kites (Haliastur indus). The kites were trying to snatch the snake caught by the adjutant.

Kleptoparasitism, the stealing of food from an individual of the same or another species, is rather uncommon in birds. But kites commonly indulge in such piracy, especially the juveniles as they have yet to hone their hunting skills. 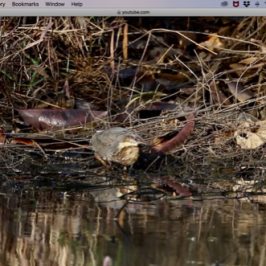