This pellet is made up of undigested material from its recent feeding that was compacted in the crop and regurgitated. This took a relatively short time after feeding and limited energy was involved.

Imagine if the waste took the normal route – through the small and large intestines for ejection through the vent. Besides taking a longer time, the process would involve more energy. And during this process the bird would be carrying an extra dead weight that could compromise its flight agility should it be attacked by a predator.

There is an earlier post of an adult Tiger Shrike (Lanius tigrinus) casting a pellet but the Long-tailed Shrike is an additional record. 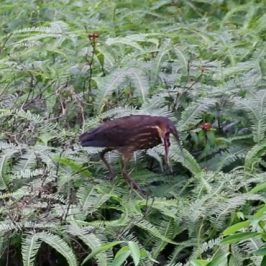 The BESG website has a total of 33 posts on pellet casting by birds. These... 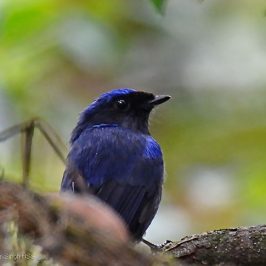 “We had an opportunity to watch a pair of nesting Large Niltavas (Niltava grandis decipiens)....