Khng Eu Meng’s image of the Asian Paradise-flycatcher (Terpsiphone paradisi) clearly shows the presence of a number of bristles around the mouth of the bird. According to field ornithologist Wang Luan Keng: “Those are rictal bristles. All flycatchers and most insectivorous birds have them. Used for helping to catch insects…” Many studies have been done on the functions of these rictal bristles. Below are but a sample.

According to Erritzoe (2007), rictal bristles are stiff feather shafts found around the gape of certain birds such as nightjars, swallows and flycatchers. They are believed to assist the bird in catching insects when in flight.

Lederer (1972) suggests that these bristles “perform tactile functions, serve as an insect scoop, or protect other facial feathers. In the Tyrannidae, at least, motion pictures indicate that they do not play a part in prey capture.”

Cunningham et al. (2011) suggest that rictal bristles have a tactile function in prey handling, information gathering during flight and possibly prey detection in their study of New Zealand birds.

BESG’s earlier posts can be accessed HERE and HERE. 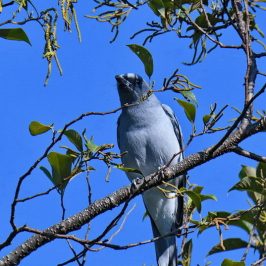