The above image by Saurabh Agrawal of bird enthusiasts stalking a Brown Fish-owl (Ketupa zeylonensis) in a bird sanctuary in Central India reminds me of the situation in Singapore about a decade ago. That was the early period of the digital cameras that was to revolutionise photography.

The people there appear to be tourists. Among them are many traditional birdwatchers armed with binoculars. There are also photographers as seen by the presence of a number of tripods and zoom lenses. No doubt the cameras are digital.

Back in Singapore, the image above shows a birdwatching scene at the Singapore Botanical Gardens in 2005. There are more binoculars than cameras. That below shows a group at the Central Catchment Forest in 2006. Again, you see mostly binoculars, a digiscope and a camera or two.

The current bird watching scene in Singapore is dominated by photographers. The image below by Jeremiah Loei, shows mainly photographers at the newly completed Gardens by the Bay. The people are photographing the Rosy Starling (Sturnus roseus).

Another image by Jeremiah, taken at the former Bidadari Cemetery, shows a group of photographers, again with their tripods and large zoom lenses (below). No doubt this is a local group where weight is not a problem, unlike when travelling overseas.

Avid photographer Jimmy Chew is an exception. He is seldom without his latest photographic paraphernalia – even when he travelled to Madagascar some years ago, as captured by YC Wee (below). 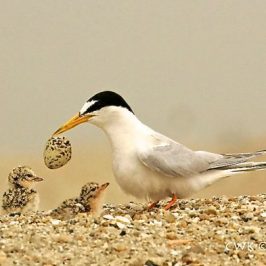 “I must confess that I am rather new to the world of birding and bird...