Most photographs of bee-eaters show them catching and manipulating a dragonfly for swallowing. Others show them with a bee between their mandibles. Johnny Wee’s image of a Blue-throated Bee-eater (Merops viridis) feeding a Blue Pansy (Junonia orithya wallacei) butterfly to its mate is thus an uncommon documentation (above). Johnny’s other image (above) shows another Blue-throated Bee-eater simply ignoring a Tawny Coster (Acraea terpsicore) butterfly as it flew by.

Khew Sin Khoon of Butterfly Circle confirmed the identifications of the two butterflies. He added that the Tawny Coster “is known to display aposematic colouration and is distasteful to birds due to its caterpillar host plants from the Passifloraceae family. Unless you have evidence of a bee-eater with the Tawny Coster in its beak, you cannot assume that the bird will eventually eat the butterfly – see HERE. He further added that such butterflies are “distasteful to predators like birds, giving them a better chance of survival” and that “birds are somehow smart enough to avoid these distasteful species.” 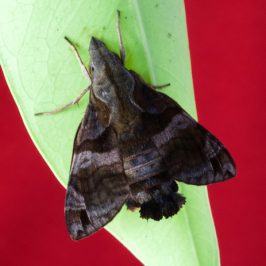 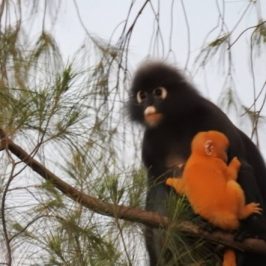