While a Javan Myna was feeding on the fruits, this juvenile green-pigeon simply stayed still. It allowed me to move very near for photography (above).

After a few hours it moved away but stood among the grass. Thinking it may be injured, I again approached it. Stretching my arms slowly, I managed to catch it without much resistance. It would not take water or mashed banana. I left it on the tabletop as it looked listless. It rested for a while before rolling over to lie on its side (above). Its eyes were open with one or the other eyelids closing at intervals (below). At the same time it gaped regularly, exposing its tongue (below), as if gasping for air. This went on for about ten minutes or so before seizure sets in. Eventually it died. 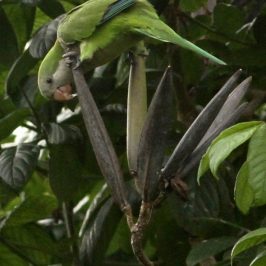 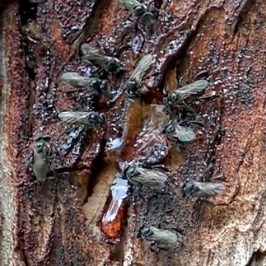