“I would like to share some observations on the different social behaviours of ‘urban’ compared to ‘semi-urban’ Yellow-vented Bulbuls (Pycnonotus goiavier analis). By ‘urban’ I mean those that inhabit an urban garden or neighbourhood and have a regular ‘patch’. I define the ‘semi-urban’ bulbuls as the ones that live on the fringe of the city or in secondary overgrown areas. They do not have a clearly demarcated personal space but share an area with other bulbuls. The observation I am sharing here is from decades of watching. I have seen this numerous times with my wife.

“As I have alluded to, the semi-urban Yellow-vented Bulbuls do not have a clearly demarcated personal space unlike the urban ones. Urban Yellow-vented Bulbuls will strongly defend their garden or neighbourhood, especially during breeding season but even outside of it. We have heard and seen numerous verbal warnings given to other Yellow-vented Bulbuls that have encroached the space of an urban pair. Often this will be followed by a physical chase and protecting displays. The worst case scenario for us is when our driveway is the demarcation line between two nesting urban families. Then the garden is frequently filled with bulbul conflict.

“I have not had sufficient observation of the semi-urban Yellow-vented Bulbuls during breeding periods but they appear to be able to nest closer to each other. Attached with this post (above) is a recording of the dawn chorus of semi-urban Yellow-vented Bulbuls during a nesting period. 15-20 birds singing together in a rising and falling crescendo-decrescendo that goes on for quite some time. A wonder to listen to; so unlike the classical urban dawn chorus. The sonogram-waveform is shown below. “The communal behaviour that I have often seen among semi-urban Yellow-vented Bulbuls is their ‘traveling arrangements’. These bulbuls will often come into other gardens or visit feeding trees in urban areas. When they do so they travel as a ‘troop’ of 10-15 birds. This behaviour is hard to document at it is spread out and mobile. Selected bulbuls will play the role of ‘guide posts’. As the troop moves forwards in a sprawling group one or two bulbuls will stop at strategic locations (on lampposts or wire perches) and serve to guide the stragglers. Once when I spent 3 years in early morning contemplation of my life and sunrises, the upper-room I used overlooked the ideal vantage point for a mix of urban and semi-urban Yellow-vented Bulbul. I saw this behaviour daily, when the birds were not breeding.” 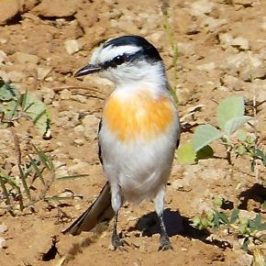 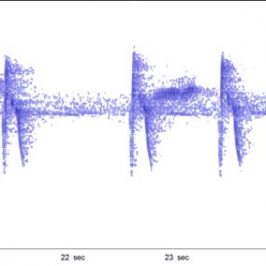 “One sunny afternoon in early July 2011, a melodious duet by a pair of Ashy... 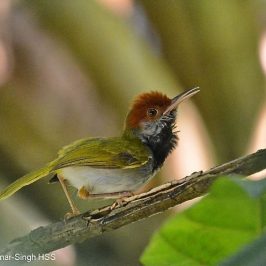