“On the 14th March 2016, I was observing a Large-tailed Nightjar (Caprimulgus macrurus) which was well camouflaged on the ground (above).

“If it kept still as a statue, it blended in perfectly with the fallen leaves around itself. However, it would occasionally make rocking motions from side to side, and this was when I spotted a young chick nestled underneath. “In the heat of the afternoon, this nightjar would have its beak ajar (above), and pant (gular fluttering) to keep itself cool.

“Video clips of the Nightjar rocking and panting, with sneak peeks of the chick poking about underneath, may be previewed here:” 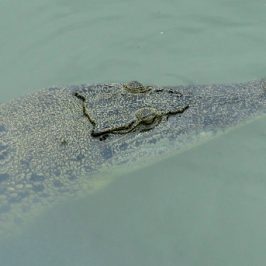 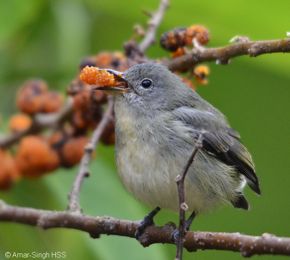