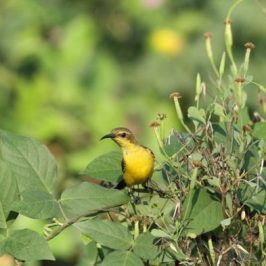 Mistletoes are parasitic or semi-parasitic plants that grow on the branches of trees. They are...