In June 2014 we posted a new exotic lizard from the neotropics that found its way into Singapore. Visit the Gardens by the Bay and chances are that you will encounter adults as well as hatchlings of the Brown Anole (Norops sagrei, previously Anolis sagrei) lurking among ornamental plants. Indeed these lizards have firmly established themselves in the gardens (Tan & Lim, 2012). By now they must have moved to other parts of the island.

Jeremiah Loei’s video (above), recorded in September 2014 from the same Gardens shows a male indulging in its characteristic head bobbing and colourful throat flap flashing. Marcus Ng’s images of the lizard, photographed in November of the same year (above and below) also came from the Gardens by the Bay. The Brown Anole obviously sneaked into the country via the introduced ornamental plants during the development of the Gardens, officially opened in October 2011.

The lizard is basically insectivorous but is known to feed on other small lizards. It has been proven to be invasive and has so far moved from the Caribbean to mainland United States, the Hawaiian Islands and even Taiwan. Now it has established itself in Singapore.

The female lays one to two eggs once every 14 days (Tan & Lim, 2012). These eggs take about a month to hatch, meaning that the Brown Anole can multiply fast. How this new arrival will have an impact on the native fauna, only time will tell. However, the National Parks Board is currently monitoring the situation. 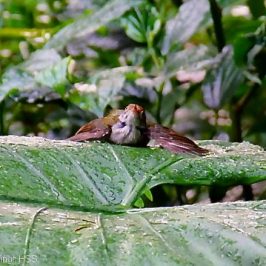 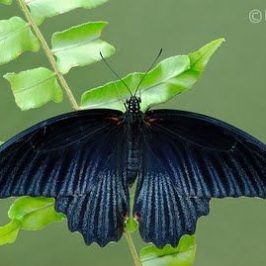