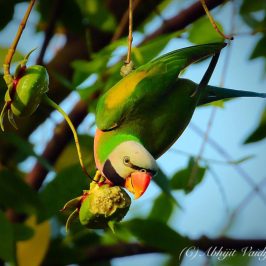 The Red-breasted Parakeet (Psittacula alexandri) is an introduced species to Singapore. From the image above,...