In August 2013, Jeremiah Loei did a recording of the Short-tailed Babbler’s (Malacocincla malaccensis) song at Singapore’s Venus Drive – see HERE. The earlier video is reproduced below for comparison.

In 2015, after an absence of two years, Jeremiah returned to Venus Drive and was again welcomed by the lovely song of the Short-tailed Babbler (below).

Was it a territorail call or a call to attract the attention of any nearby females? 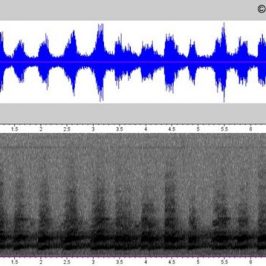 An earlier post dealt with the call of the Streaked Laughingthrush (Garrulax lineatus setafer) accompanied...