Johnny Wee’s earlier account showed in vivid details an adult female Grey-rumped Treeswift (Hemiprocne longipennis) feeding a large chick as they both perched side by side on a branch LINK.

What the series of still images is unable to show is how the feeding is initiated. And this is where Kumchun Chan’s video clip comes into play – see below.

Again according to Chantler (2000), “The feeding process is preceded, or initiated, by sibilant screaming (less shrill than that of the adults) and waving of the open bill.”

The second video (above) shows the chick alone by the nest making begging cries to the adult (probably nearby) for food and testing its wings to prepare for fledging. 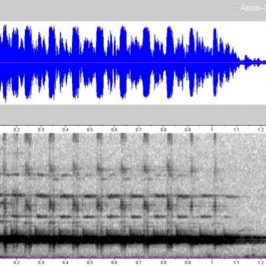