Dato’ Dr Amar-Singh HSS was at the Kledang-Sayong Forest Reserve in Ipoh, Perak, Malaysia on 19th July 2015 The habitat, a trail along primary jungle, alongside a stream. Giant Mahang (Macaranga gigantea) is a popular tree with birds. Its fruits have been shown to attract more than 30 species of birds. Included in the list is the Brown Barbet (Calorhamphus fuliginosus hayii). This post provides photographic evidence, not posted earlier, showing the barbet feeding on the Giant Mahang fruits (above). A group of Brown Barbet was also seen at the Benjamin Fig (Ficus benjamina) tree feeding on the figs (above, below). An adult was seen offering a fig to a female, although it was not certain whether it was courtship feeding or the female was a subadult and still receiving some support. 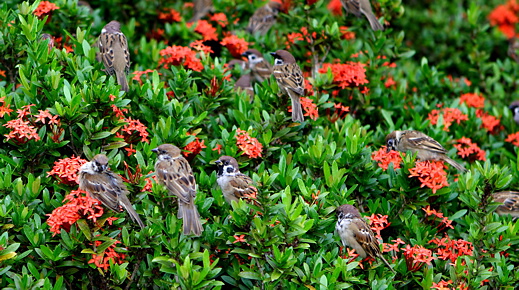 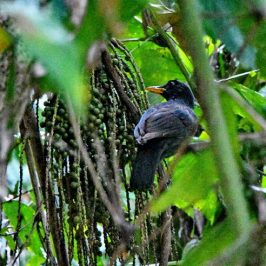 The Yellow-vented Flowerpecker (Dicaeum chrysorrheum) shown here, deals with the soft berry of the Indian...