A pair of nesting Grey-rumped Treeswifts (Hemiprocne longipennis) at Bishan Park ended successfully with a chick fledging in late August 2015. Johnny Wee managed to photograph an adult female feeding the chick just before it fledged. The above image shows the adult and the chick perching side by side on a branch with the latter facing upward, ready to be fed. The images above and below show the adult in the process of regurgitating food from its crop. According to Chantler (2000), nestlings are fed ‘food-balls’ made up of insects bound together by saliva. With newly hatched nestling, the food-ball is broken into smaller pieces before feeding. When the nestling is old enough, as in this case where the chick is about to fledge, the food-ball is regurgitated directly into its gape by the adult (below). Once fed, the adult withdraws its bill from the gape as shown in the two images below. 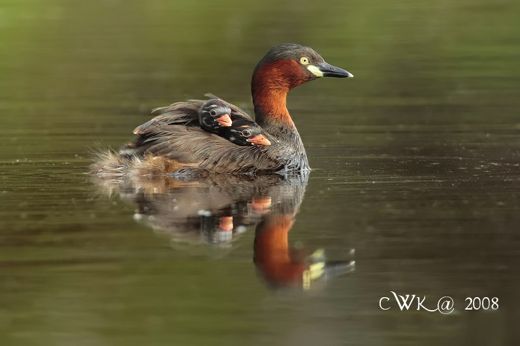 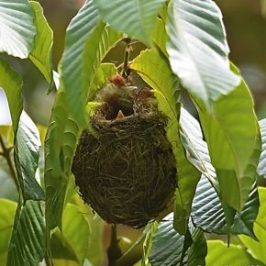 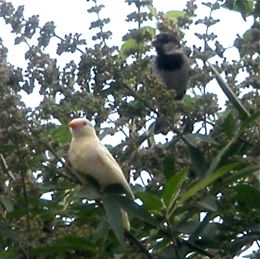