The Yellow-vented Bulbul (Pycnonotus goiavier) chick in the nest just in front of my bedroom window LINK was 12 days old on 15th June 2015 and near fledging time.

On that morning the two adults were making loud calls in the garden. So I casually recorded them on video from the garden feeding the lone chick in the nest. This was just to check out the best angle, now that the chick was about to fledge. Previously I was documenting the feeding from within my bedroom.

As I was going out that morning, I planned to document the feeding and possibly the fledging in the afternoon, if not the next day or the day after. After all, the chick was scheduled to fledge at 12-14 days (Wells, 1999) and it was then just 12 days.

I did check on the video clip but failed to notice that the chick was exceptionally active and exercising its wings. This was because the video was made from the garden and only the adults flying into the nest was clear. The chick itself was on the other side, the view blocked by foliage – see video above.

On my return that afternoon, I was disappointed to find the nest empty. Apparently the chick left the nest that morning. So I missed the golden moment of the chick’s first flight.

Well, I plan to leave the empty nest intact, hoping for the same or another pair of bulbuls to make use of it and hopefully catch the fledging moment then. 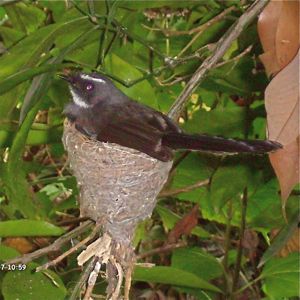 All the way from northern India, near to the foothills of the Himalayas, specifically Dehradun... 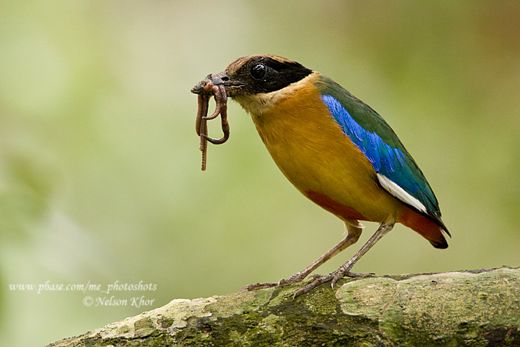 The Blue-winged Pitta (Pitta moluccensis) is an extremely shy and beautiful bird that is on...