“On the morning of 20th November 2014, I had noticed the arrival of a female Emperor dragonfly (Anax guttatus, family Aeshnidae) at a local pond, inspecting if the site was suitable for her offspring and if any males would pay her any attention. Prior to her arrival, I had already observed at least two males swooping over the water and demonstrating territorial behaviour. “The female must have been well aware of the males’ presence, but was probably playing a game of ‘hide and seek’ or ‘hard to get’, as is typical of females. Later that morning, she eventually revealed herself as she launched into the airspace of the competing males. Needless to say, there can only be one victor in this chasing game. So the victorious male swept his trophy far away from any prying eye and perched amongst dense vegetation to seal their union (above).

“Surprisingly, the union of this dragonfly pair lasted for approximately 20 minutes, much longer than other couples I have seen so far. As they were intimately united, gentle rhythmic rocking movements of their abdomens were noticeable, most probably initiated by the male. Towards the tail end of their prolonged mating session, their wings began to quiver increasingly, before finally taking off.

“A video summary of the pair in their private moments may be viewed here:” 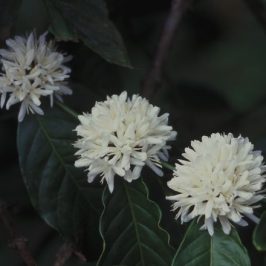 The Common Palm Civet (Paradoxurus hermaphroditus) is believed to seek out and eat the fruits...