On 12th February 2015, Melinda Chan collected two pellets from Tuas, around the area where the pair of Black-shouldered Kites (Elanus caeruleus) was nesting LINK. One pellet was larger than the other: 55x30x25mm (above) as compared to 21x20x15mm (below). The larger was oval and very tightly packed in hairs. The smaller was disk-shaped, 21x20x15mm, also covered with hairs bur not as tightly packed. The larger pellet was somewhat smaller than an earlier one that contained a complete skull, believed to come from a Common Barn Owl (Tyto alba) However, on dissecting this larger pellet, there was no skull, only bone fragments from the head that included jaw bones, loose molars, an incisor, vertebrae, etc. (above). But there was no complete skull. So in all probably the pellet came from a kite that had fed on parts of the mouse head and not from an owl LINK. The smaller disk-shaped pellet had only loose bones like vertebrae, long bones, claws and a tail, the end portion was still covered with skin and hairs (above, below). There was also a pair of incisors but no molars (below). Also found was a piece that could be part of a jawbone and other miscellaneous pieces. These two pellets most probably came from the juvenile kites that were then about a month old – fed with different parts of the mouse. 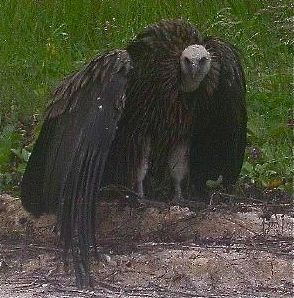