“On the afternoon of 3rd September 2014, I was suddenly stranded in a shelter in a public park due to heavy rain. Despite the downpour, a White-breasted Waterhen (Amaurornis phoenicurus) was undeterred and intently searching for food on the soggy ground (above). “As the soil became saturated with rainwater, many soil-dwelling invertebrates, such as worms and insects may be forced to the surface, offering a bounty of food items for the waterhen to feast on. In between foraging and feeding, the waterhen would also spend a few brief moments to preen itself (above, below). “Video clips of the waterhen foraging (with some preening) may be previewed here:” 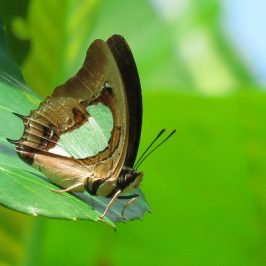 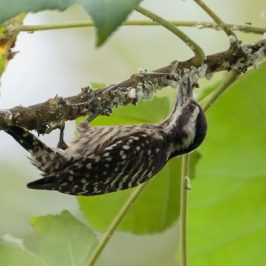