“Unfamiliar, intermittent chirping calls of a bird alerted me to do an inspection of my driveway. The ‘cheep…cheep…cheep-’ calls sounded kind of a bird feeling lost and in search. “I scanned branches off my mango (Mangifera indica) tree to locate its source. At eye level and upon turning right, my eyes caught a small, green looking bird perched on my vehicle’s wind wiper (above). “It wasn’t a Malaysian resident or a migratory that I would recognise but a parrot of some sort- a Lovebird (above).

“Ample photographic opportunities were had for species identification as the escapee was left to take refuge and rest. “Lovebird subsequently crawled up the windscreen, rested on roof of vehicle and took a short nap (above).

“I identified this escapee to be a Peach-faced aka Rosy-faced Lovebird (Agapornis roseicollis) – a popular pet readily available on the pet market.

“An origin of SW Africa, this Lovebird species is frequent breeders with capacity of producing several egg clutches per year. “While claws were sharp, Lovebird was actually resting on the fleshy palm of its feet, claws off contact with surface of my vehicle and while preening (above). “Eventually after half an hour passed from time of visit, the well rested bird scurried further up end of vehicle’s roof top, fluttered its wings and hung onto the edge. “Perhaps the bird was injured or unwell as it kept dozing off earlier. It was time to do a check (above).

“As I reached out, Lovebird suddenly took flight; flew over the gate, crossed the road and landed about 5 metres above, on horizontal branch of a commemorative, Yellow Poinciana (Peltophorum pterocarpum) tree – planted a decade ago.

“What is the survival rate of bird escapees?

“For bird pets that had been caged for long duration, had enjoyed the pampering of pet owners or their eventual disenchantment be released or escaped to freedom …

“Like a lost child, left to survive in unfamiliar, hostile environment, Lovebird had to fend for itself from predation especially from its own avian kind and to relearn survival skills….

“In the established pet trade of Indonesia, I had the opportunity to chat with a bird trader who shared his skills. I learnt that selected chick species were raided by poachers at nestling stage, sold to professional bird traders who raised the chicks by hand and conditioned their purchase to sing using repetitive playback recorded bird calls from their computers.

“Such birds would stand little or no chance to survive as an escapee in the wild.

“In less than a minute, resident House Crows (Corvus splendens) were sending out signals to one another.
“One territorial bird was quick to check Lovebird out by descending onto and confronting the latter 30 cm away.

“I hurried to retrieve my Digiscope for more observation, returned only to find Corvus alone on tree without Lovebird. The unwelcome escapee had been frightened off – had taken flight.

“What is keeping the long established parrot trade alive and vibrant?

“Their colourful plumages, good variety of choice to add to avid pet collectors’ list, trainable and talking intelligence and longevity in some species perhaps are some contributing factors?

“It will be welcoming to hear what pet owners of parrots and aviculturists have to say about parrots’ behaviours and what keeps their hobby ticking.

“One cannot deny saying the pet trade had not helped replenish bird stocks in Bird Parks to justify its commercial activities. So do bird parks to say it is an alternative form of recreation and education for visitors to justify its pricey entry charges in high maintenance of its avian collections.

“Conservationists would say continuous poaching and selling of bird species will render its rarity and eventual extinction. And so, protection is the order of the day.

“Caging of all kinds of wild birds in Germany I was informed by visiting citizens I’ve met in my birding travels – is totally outlawed.

“Would short term or hard up pet traders care what comes tomorrow if they can make a fast buck today to feed their families?

“Or/and sail with poachers/bird trappers’ attitude, “If I don’t catch it now, someone else will…so better I get/eat first!”” 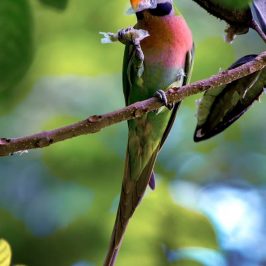 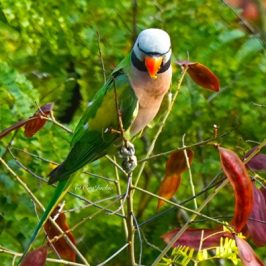