The above image shows a Plantain Squirrel (Callosciurus notatus), also known as Red-bellied Squirrel, collecting dried plant material from the nest of the Staghorn’s Fern (Platycerium bifurcatum). These are used to line its nest (below). The nest is a spherical structure built high up in a tree, or in the image below, between the frond base of a Lipstick Palm (Cyrtostachys renda). This squirrel s widespread in Singapore, found in nearly all habitats and commonly seen in urban areas. Its black and white stripe on each side of the body makes it easily recognised. 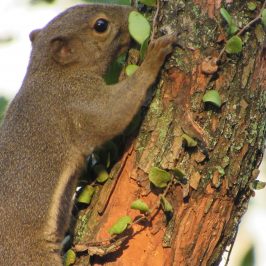 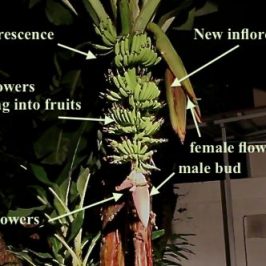