Johnny Wee’s image of a Blue-throated Bee-eater (Merops viridis) with a bee clamped between its bill is as refreshing as that of a spiderhunter catching a spider LINK. Because of what they are commonly called, people expect them to live up to their names. But then bee-eaters take other insects most of the time and photographers love to display them with a dragonfly LINK – more eye-catching than with a smaller bee, I suppose. In the case of spiderhunters, they are more often seen taking fruits or flower nectar LINK than spiders.

We have an earlier post showing a video clip of a bee-eaters catching bees, then swiping them on the branch to knock them out as well as to remove their sting LINK. Another earlier post HERE shows a bee-eater taking a much larger carpenter bee. 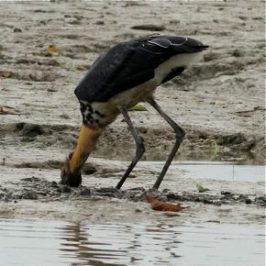 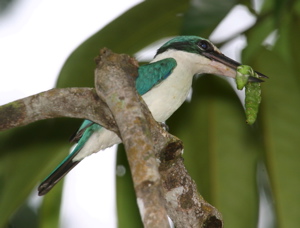 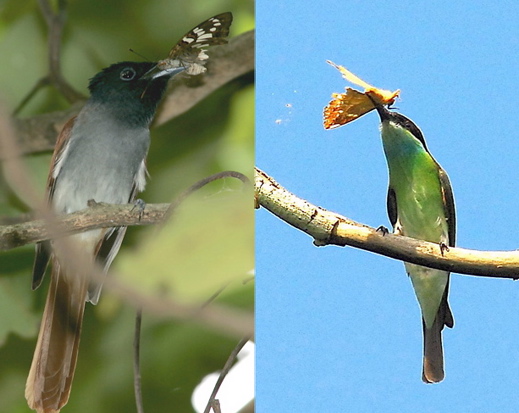