“The Von Schrenck’s Bittern (Ixobrychus eurhythmus) is a rare migrant which is generally hard to spot as it is a shy and small bittern which typically lurks behind vegetation near a stream. “It was loud screeching that betrayed the presence of this female Von Schrenck’s Bittern, as she was chasing off a female Cinnamon Bittern (I. cinnamomeus) in her patch of the mangroves, where I had observed her before behind dense vegetation. I could not get a clear video of the squabbling pair, but when they parted ways and calm had returned to the mangroves, I managed to video this rare bittern going about her regular foraging. I’ve always been slightly amused with the long retractable neck of bitterns and pond-herons, which resemble a telescope to me. “In the clip below, much to my delight, the Von Schrenck’s obliges with a fascinating display of repeated extension and retraction of her telescopic neck as she goes about her foraging.” 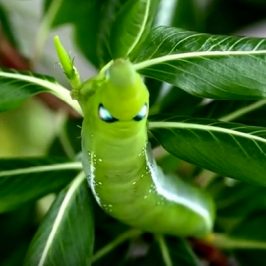 In mid-December 2015 Teo Lee Wei and K presented me with a fat Oleander Hawkmoth... 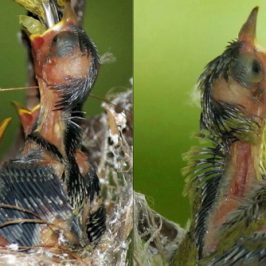