“At beginning of March, one of the birds had developed short white-coloured head plumes. These head plumes were not seen during the initial period of its breeding plumage (below left). “Interestingly, while observing this bird, it revealed something that is not well known about its head plumes. I’ve read some literature stating that there are 2 white head plumes for this species. However, there were more head plumes shown by this individual. The images illustrate the same bird – first showing a single head plume (above right), then there was double (below left), then triple (below right). “Finally, four obvious head plumes could be counted behind its head (below)! “For comparison, another image, taken separately in end March 2012, show obviously longer head plumes of a bird in a more advance stage of its breeding plumage (below).” 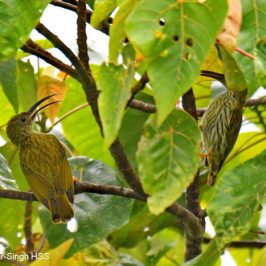 “My wife and I were at a hilltop cottage, standing on a platform extended out,... 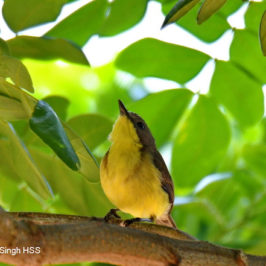