“I went back to same location, which is ‘snipe-ful’, to try and find the same bird but only saw it briefly. However I managed to get a longer observation of another snipe preening in the early morning (lighting not optimal and air quality poor). I took a few videos and about 350 images trying to capture that brief moments of rapid preening, always focusing on the tail. “Posting some images here for an opinion, mainly trying to focus on outer tail feathers while preening. [The top image shows a snipe photographed at Malim Nawar, Perak, Malaysia on 2nd March 2014 – a general overview of the bird at rest. The rest were also photographed at the same location showing the bird preening. Note that in the third image from the top, the tail feather peeping out is rather white suggesting Swinhoe’s and Latham’s Snipe but the last image suggests there are some pintail feathers.] “A short video taken from the car as a hide here:

“Besides all the texts and guides I have looked up, consider these good posts: HERE, HERE (see tail feather paintings by Osao and Michiaki Ujihara) and HERE.

“[The images possibly show] a Pintail Snipe but value opinions. [Correction: It is generally agreed that it is a Common Snipe.]

“More images possible on request. None available in flight as I did not flush the bird.” 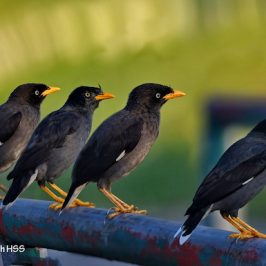 A composite of the four mynas. A family of 4 Jungle/Javan Mynas landed on a... 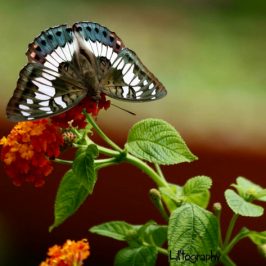 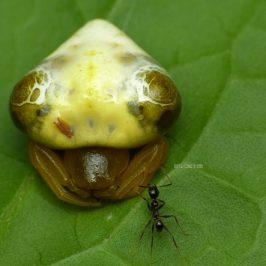 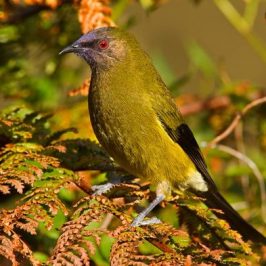