Our first post of a Brown-throated Sunbird (Anthreptes malacensis) taking nectar from the flower of Costus woodsonii (Scarlet Spiral Flag) – wrongly identified as Costus spicatus (Indian Head Ginger) – is illustrated with a single image LINK. There is a hint that the bird may have used its mandibles to pry open the flower. Now, Johnny Wee has provided more images (above) and confirmed that the Brown-throated Sunbird did use its mandibles to keep open the petals after prying it with its foot. Only then did it dip into the flower to get at the nectar. 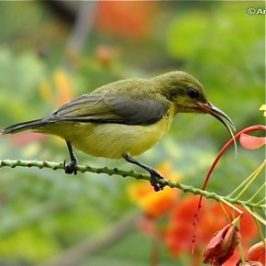 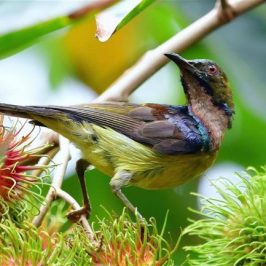 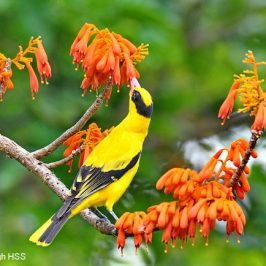 The Sterculia colorata (Scarlet Sterculia or Bonfire Tree) originates from the forests of the Western...