An earlier post showed what appeared to be a Brown-throated Sunbird (Anthreptes malacensis) manipulating a flower of the Indian Head Ginger (Costus spicatus) to get at its nectar LINK. Johnny Wee has now provided a series of images of another Brown-throated Sunbird (Anthreptes malacensis) manipulating a flower of the Indian Head Ginger photographed at Singapore’s Garden by the Bay in mid-January 2014. These images provide a clearer picture of what actually happened when the sunbird visited the flower for nectar.

This ginger plant is a popular ornamental plant grown in gardens. The inflorescence is a cone covered with densely overlapping, bright red bracts. The yellow to orange flowers appear one at a time. The three petals are fused halfway to the base. Landing on the top of the inflorescence, the Brown-throated Sunbird used its right foot to grab a petal and pulled it inwards, thereby prying open the flower (top, above). Once the flowers had been torn open, the sunbird dipped its bill into it so that its tongue can have access to the nectar (below). 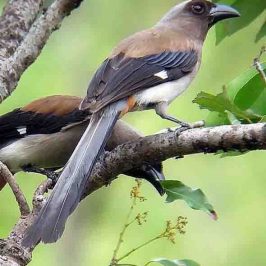 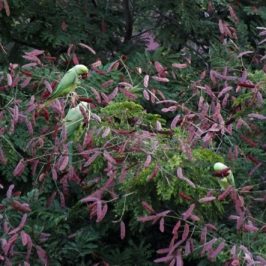 “Recently I found some flattened pods of the Yellow flame (Peltophorum pterocarpum) tree on the... 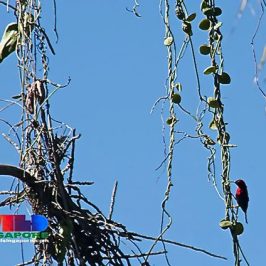