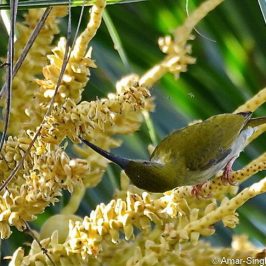 “I have often seen the Grey-breasted Spiderhunter (Arachnothera modesta modesta) feed on the nectar of...