“Passing by this area, I always scrutinise this barren tree, which have yielded some avian friends on many occasions. On that morning, in mid December 2013, I noticed a Black-winged Kite perching on one of the branches. Its partner was later discovered perched on another barren tree; just metres away (above: male left, female right). One of the kites decided to leave its perch, and was soon out of sight. The remaining kite began to preen. It was making occasional calls. After leaving the site for 6 minutes, the departed kite returned. It was totally silent as it swept into view in a stealth-like flight to land with precision onto the back of the perched female (below). “The talons of the male grasped the back of the female (below). “It maintained delicate balance by its outstretched wings. The female did not have it easy. It was leaning forward, grasping tightly at the perch and maintaining balance with slightly opened wings (below). “Although unable to view the actual cloaca contact due to the angle of view, the tail of the female was apparently tilted upwards during the mating process (below). “After the quickie, the male soared upwards to leave the female (below). The female remained on the perch for another 2 minutes before it too disappeared. The duration of male on top of female was timed at 6 seconds. “I had information that this pair of Black-winged Kites was seen mating at different parts of the area (by other photographers) on at least other 2 occasions, and on different days. They should be breeding and nesting soon. But the kites are yielding nothing now with not a sign of nest building. Perhaps, the kites believe that nesting should be kept secret. We should let nature take its course and hope for the best for these residential kites.” 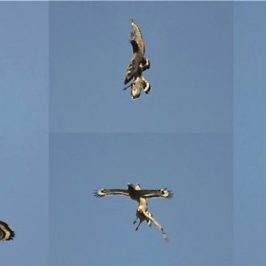 “I have a respect for raptors as elegant fliers and often take time off to...