“Since the report on the well-known pair of lesbian hornbills a few years ago LINK, all seems to be quiet on the local LGBT bird scene LINK.

“To spice things up a little on that front, here’s a clip of a pair of male Red-breasted Parakeets (Psittacula alexandri) in an R-rated scene at Bidadari LINK yesterday evening:

“Here’s also an interesting article which suggests that pollution may have a hand in such behaviour LINK.

“By the way, the tree in the video has been identified as an angsana (Pterocarpus indicus) by Yap Von Bing. I noticed the parakeets were plucking fresh leaves and manipulating them in their beaks before dropping them (as can be seen at the beginning of the video). Not sure why they do this.” 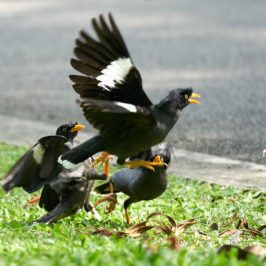 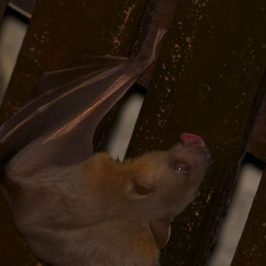