Ostriches (Struthio camelus) are polygamous LINK. The dominant male has a major female and a few minor females to mate with. The major female lays 5-11 eggs and the minor females 2-6 each in a scrape of a nest built by the male. Eggs from the major female are grouped in the centre of the nest and the others pushed to the periphery where they can easily be predated.

With its light brown plumage that provides better camouflage, the major female incubates the eggs during the day. The minor females do not participate in incubation. At night the male takes over incubation, his dark plumage being an advantage then. Once all the eggs are hatched after 42-46 days of incubation, the chicks will leave the nest 3-5 days later. They move around as a group accompanied by one or more adults for as long as 9 month (above), reaching sexual maturity in 3-4 years.

The Ostrich is believed to practice a polygynous form of polygamy, meaning the male mates with more than one female but the females mate with only one male, the dominant male.

However, work by Kimwele & Graves (2002) on communal nests in the Nairobi National Park using microsatellite markers LINK has exploded the myth of female fidelity. They revealed that the major female contributes a disproportionate number of fertile eggs to the central clutch. Multiple paternity and maternity were common and that 68.9% of all incubated eggs on a nest were not the result of mating between the dominant male and his major female.

What actually happened is that the dominant male not only mates with his harem of females but other females as well. These other females then lay their eggs in his nest. The major female on the other hand seeks out other males to mate with and lays her eggs in the latter’s nests as well as her own. 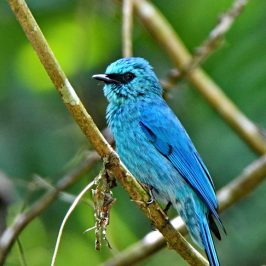 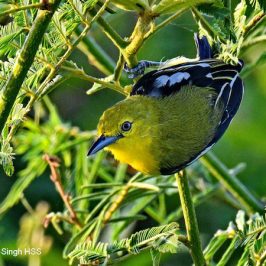 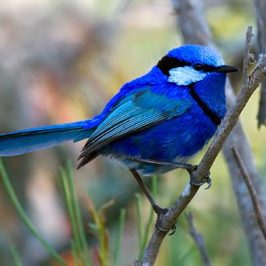 The Splendid Fairy-wren (Malurus splendens) is a smallish, long-tailed and sexually dimorphic Australian species. The... 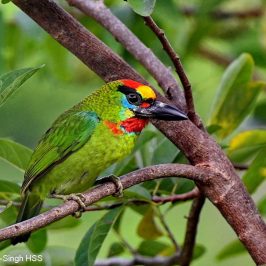 This was an unexpected sighting of the Red-throated Barbet (Megalaima mystacophanos mystacophanos). I was at...