“The Blue-winged Minla (Minla cyanouroptera sordidior) are recorded to take animal prey and and fruits but there is no record of nectar feeding (see Wells 2007). “I observed a small flock of 3 Blue-winged Minlas feeding on nectar for 10 minutes (above). They were accompanied by Long-tailed Sibias (Heterophasia picaoides wrayi) (below). [The birds were feeding] on the nectar of flowers of a tall tree that appears to be of the Eucalyptus species. A small clump of these trees have been planted here that are not native to the country, and possibly of Australian origin. The birds would visit many flowers and take nectar from the centre of the ‘feathery’ flowers. I did not see them take any animal prey. 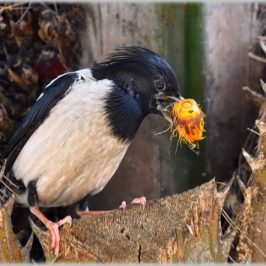 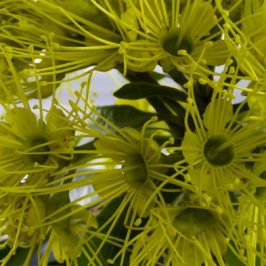 The Golden Penda (Xanthostemon chrysanthus), an exotic tree introduced from Australia, is commonly planted along...