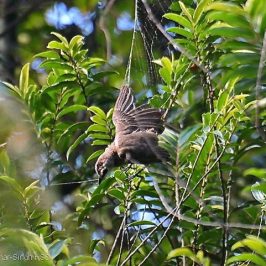 “I had an unusual experience this morning, it already being a usual bird day. I...