“Except for its head (below left), this odd-looking bird strongly resembled the Yellow-vented Bulbul (below right, juvenile). Similar to the bulbul, it has a dark crown, but less prominent. Unlike the bulbul, it lack the dark lores. Strikingly, it has a large bulging eyering that resembled those of the Lineated Barbet (Megalaima lineata) (bottom); but it was white instead of yellow. Its unique bill was separated almost in the middle by two colours – pink nearer the base and black nearer the tip. “Being a leisure bird photographer, I have limited resources and was unable to match this odd-looking bird with any species. Could it be a crossbreed, an unknown species, or just a Yellow-vented Bulbul (perhaps juvenile) with some unknown condition? All opinions are welcomed and will be appreciated.” Green Ioras (Aegithina viridissima viridissima) are not uncommon birds but hard to watch or image... 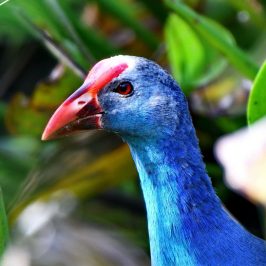 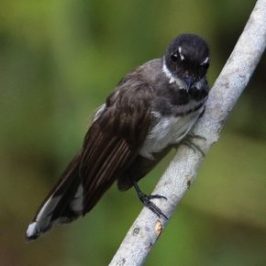 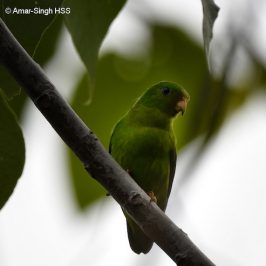